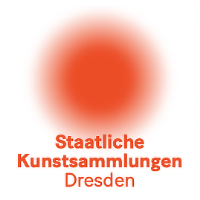 Emeka Ogboh regards his artistic intervention “Vermisst in Benin” as a call to action. A call with which all ethnological museums have been confronted for many years. And yet his action is special, because it carries the debate about the Benin Bronzes into Dresden’s urban space and visibly points out for all Dresdeners a condition that has continued unchanged for 120 years.

In the holdings of the Museum für Völkerkunde Dresden there is a collection of Benin Bronzes. These derive from a much larger set of many thousand Bronzes and ivory objects from the royal palace of the kingdom of Benin, in what is now Nigeria. These objects were looted by British colonial troops at the end of the 19th century in the course of a so-called “punitive expedition” in Benin City and were brought to Great Britain. From there they were sold to European and North American museums in subsequent years, including the Museum für Völkerkunde Dresden.

The Benin collections held at European museums have become symbolic of the question of how ethnological museums deal with the many thousands of objects in their possession resulting from mass looting or other forms of appropriation under unequal power relations in a colonial context.

The five Benin Bronzes that are the subject of Emeka Ogboh’s artistic intervention “Vermisst in Benin” are representatives of this history.

For more than a year, we as museum have been in contact with the Nigerian Embassy in Berlin to discuss possible steps.  The embassy has put us in contact with Emeka Ogboh. We are grateful that the artist raises this awareness amongst all of us, including the museums and Dresden’s urban community, with his action and for naming so clearly what is at stake with these objects.