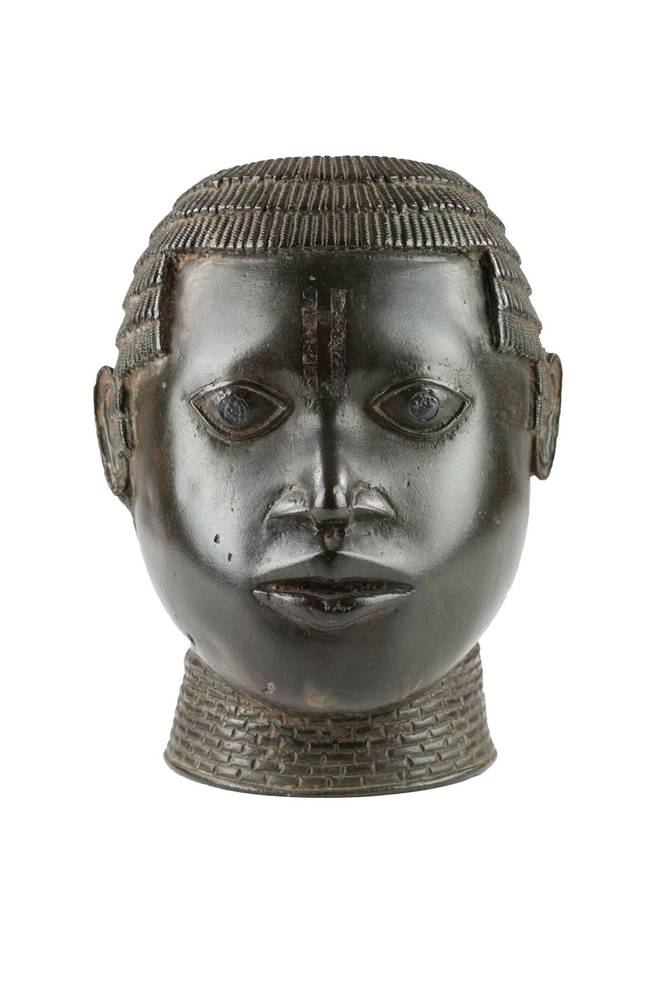 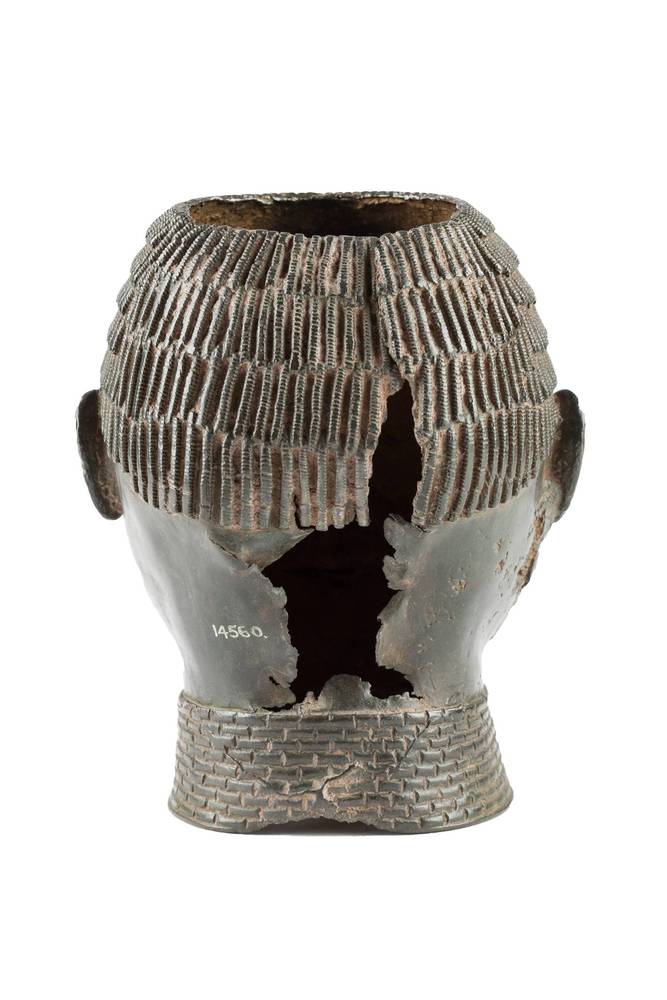 The head sculpture is part of the cultural and artistic legacy of the presumably 800-year-old kingdom of Benin. The sculpture is most likely from an early period of Benin’s artistic creation. Head sculptures that were created during this period were placed in war shrines in the ruler’s palace or on ancestral altars, depending on their image. The sculpture has a particularly thin-walled bronze shell with a flaw on the back of the head. Although the head representations refer to people who were once living, they do not represent portraits, but rather show typical characteristics. There are two vertical scars above the nose which, like the iris of the eyes, were originally equipped with iron inlays. The lips are slightly parted and the necklace consists of a nine-row pearl necklace. The male’s hair is cut into several overlapping layers of rings, with a hole on top of the plastic for attaching an elephant’s tusk. The hairstyle is said to indicate a hairstyle that was once typical of the men of the neighbouring Igbo population.